An ardent worker for Methodism

At that time the Methodist cause in North Devon was said to be “very weak and low”.  John Karslake was greatly instrumental in revving the class meeting and forming a Sunday school of which for many years he was the Superintendent and leader of the Society class.  He was an ardent worker in the Temperance cause, always taking a deep interest in the young.  He was blessed with good health and took an active part in the service of the Church he loved so much to the end of his life..

At the time of the 1901 Census he was living at Rayharden House, Woolacombe with his wife Ann and unmarried daughter Mary (44).  In January 1905 he went with his wife for  short visit to Oakleigh House, Lynmouth, the home of his daughter, Mrs J Crocombe.  He attended Lynton Wesleyan Chapel on Sunday 1 January 1905 and took part in the evening meeting and also the following Monday evening.  However, two days later he complained of pain and despite medical skill and human effort, gradually sank and passed peacefully away on 20 January 1905.

He was buried at Mortehoe Cemetery on Thursday 26 January 1905 after a service in Mortehoe Wesleyan Chapel, which was draped for the occasion.  A large number of people attended with the spacious new church being full while many others assembled around the graveside.  On the following Sunday an impressive memorial service was conducted. 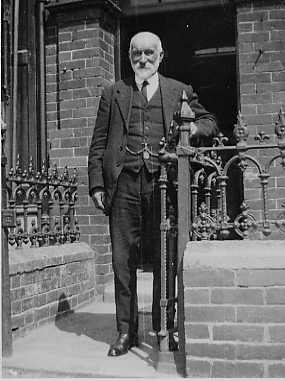