In about 1892 James Welch, his wife and son moved to Simonsbath where he succeeded William Hodge, the then Carpenter and Wheelwright, on the latter’s retirement.  (It is possible that he was employed by William Hodge, Master Carpenter, whose  wheelwright brother, Henry, had left Simonsbath by the time of the 1891 Census).

When James and Elizabeth’s second son, William, was baptised in 1892 James was described as being of Simonsbath and his occupation is given as Coach Wheeler.  It seems unlikely that they needed a full-time Coach Wheeler in Simonsbath so possibly this is James’s description of his trade but he was actually working as a general estate carpenter.  James and Elizabeth Welch's third son, George, was born in 1895 at which time James was described as being “of Exmoor, Carpenter.”  According to Mrs Edith Mary Welch, widow of James’s son, George, James Welch lived at Wheel Eliza Cottage at some time, and also in one of three cottages in the village for a while before moving into No 2 West Cottages, where the family is firmly established by 1897. 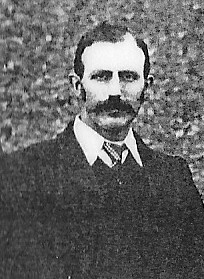