It had been customary in both John and Frederic Knight’s time for a housekeeper to be in residence in the caretaker’s quarters of Simonsbath House when they were absent and probably for much of the time when they were in residence.  In Viscount Ebrington’s time this tradition was followed and it appears that James Welch’s wife, Elizabeth, acted as housekeeper. 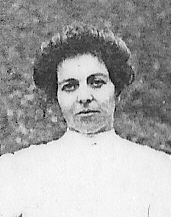 The family were living in Simonsbath House in February 1898 when the local doctor, Dr Sanders, reported that one of the children had Diphtheria.  George Smyth-Richards, the Land Agent, wrote to Viscount Ebrington’s to tell him that “This little boy was unwell when I was there on Monday, and had been ailing for a week his mother said and complained of his throat ...I cannot understand how he got Diphtheria.  I never knew of a case of it on Exmoor before.”  It is not clear which of James’s children this "little boy" was.  Thomas would have been 8; William 6 and George 3 at the time.

George Smyth-Richards wrote again to say that the “little boy passed a good night last night and appears better, and they have cleared out of Simonsbath House to prevent any further infection.” He also reported that James Welch had taken his other two children down to Wrafton to stay with his Mother-in-law.

As a consequence of this illness, two weeks later James Welch had the task of stripping and fumigating at Simonsbath House.  George Smyth-Richards wrote to Viscount Ebrington that “I gave Mr Molland [the Bailiff] and Welch particular instructions as to the fumigating of the different rooms and had one room fumigated for the purpose of letting them see how to do it”.   Presumably this was in order to reduce the risk of further exposure to the bacterium that causes Diphtheria.